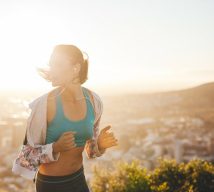 In 1963, Nat King Cole released his hit song, Those Lazy Hazy Crazy Days of Summer. Lazy referred to those hot summer days before air conditioning, hazy meant humid, and crazy was just the playful innocence of youth in the summertime.

Now the word “lazy” means that you should limit your physical activities on those days, “hazy” means polluted air and the hospital  emergency departments are going “crazy”. Gone is the innocence. Our governments and public health experts are warning us of danger by providing access to daily, even hourly, air quality readings – the Air Quality Index (AQI) or the Air Quality Health Index (AQHI).

Where do you live?

Where I live, it’s sunny outside today and the AQHI is 4. This means that the general population, people who don’t have any medical conditions have no need to modify their usual outdoor activities, unless they experience symptoms such as coughing and throat irritation, indicating that they may be sensitive to the pollution. On the other hand, people who are considered to be at risk should consider reducing or rescheduling strenuous activities outdoors if the experience symptoms. People considered to be at risk are those who have diabetes, cardiovascular disease, or chronic respiratory disease, because they are more likely to become acutely sick with a heart attack,stroke, or asthma attack on that day. That’s it. The AQI or AQHI is calculated according to the impact of the air. The higher the number the more likely it is to exacerbate those conditions. Does that mean that the rest of us have nothing to worry about if we don’t have those diseases (yet), and don’t cough or feel throat irritation when we are outside?

What if you’re pregnant?

The science tells us that air pollution exposures early in pregnancy can lead to high risk complications, such as placenta previa or accreta. Pregnant women are more likely to develop high blood pressure or preeclampsia. And the effect of pollution on pregnancy is even worse if someone already is diabetic or asthmatic.

What about your unborn baby? We now know that the more air pollution exposure an expectant mother has during her pregnancy, the higher the risk for stillbirth, low birth weight and preterm birth.[xi] You might argue that underweight babies can gain weight rapidly and catch up, but it also leads to an increased risk of developing obesity, diabetes and cardiovascular disease later in childhood or adult life.

What would an AQHI of 4 mean to you?

Are there safe levels for pollution exposures? We don’t know yet; we just know that higher pollution exposures are worse, even in first world North American and European cities. It seems like a good idea to reduce activities outdoors in order to inhale less pollution, but there are no studies to show that it actually makes enough of a difference. We don’t know if that reduces morbidity or mortality statistics on bad air days.

What else can you do?

Start by cleaning the air in your home, because 90% of the time, our outdoor air exposures are occurring indoors. You can filter the particulates in the air with a HEPA filter. You can reduce the chemical gases by adding an activated charcoal filter. And you should stop using scented products in your home, such as detergents, fabric softeners, air fresheners, cleaning products, candles, and personal care products, because scents mix with ozone to produce even more toxic chemical pollutants.

Check online for the IAQ or AQHI where you live. It’s better if you can get away from the traffic near your house; go to an environment where it’s green, with lots of grass and trees, or get out of the city. By taking appropriate and simple precautions, you can still enjoy those warm, fuzzy feelings that Cole was describing when he ended his song with, “You’ll wish that summer could always be here.”