The War Against Pollution

Recently in the News

American President Barack Obama is trying to improve air quality and reduce global warming, and is feeling the heat. He wants to reduce the use of coal as an energy source.  Archibishop Desmond Tutu recently had a helicopter tour above the oil sands region north of Fort McMurray.  He expressed his concern about the environmental effects of the Alberta oil sands project and received a backlash from industry. Musician Neil Young  has toured the same area. He has continued to speak out against the Alberta oil sands as well, and has been accused of ignorance, and of being insulting. 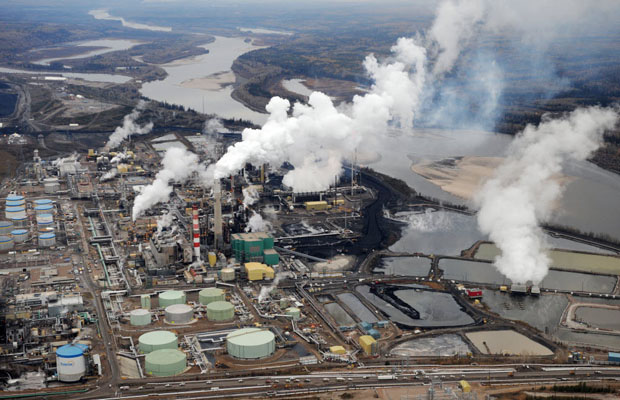 The oil sands release more greenhouse gases than conventional oil production. The process that turns bitumen into consumable oil is very dirty. Emissions from producing oil in the oil sands have been causing severe health effects in local residents. Yet celebrated people who take advantage of their fame and prominence to help curb the destruction of the environment meet with criticism and scorn from many politicians and/or industry. They are accused of being uneducated and ill-informed.

People with chronic medical conditions, like allergies, asthma, cardiovascular disease and diabetes are more likely to have attacks and flare ups on bad air days. Yet, the medical rationale to cut down emissions is being ignored and downplayed by industries to prevent increased costs or loss of business. Those who support a political agenda to continue the use of coal, do so only for economic reasons. They are also ignoring the strong scientific evidence that pollution is contributing to death and disease. Maybe they are the ones who are uneducated and ill-informed. Perhaps they are just politically blind or unethical. Or do they just practice bad economics?

The gaping hole in their economic argument is the lack of consideration of a basic economic premise – external costs. This is a cost that is not included in the price of a product. Pollution is an example of an external cost – producers aren’t the ones who are paying for the increased health costs. How much does oil really cost, when you factor in the negative impact on human health?

The cost of illness

What about those people with chronic illnesses, who aren’t in hospitals but can no longer work? How much do they cost? And what about those who keep trying to work, but do so less effectively because they are chronically ill with asthma and other chronic lung diseases, or diabetes, or neurodegenerative disorders like Parkinson’s? They are much more likely to feel lousy and tired, but continue to try and work because they want to, or because the insurance carrier says they aren’t disabled. Many of them are less capable; less productive but still at work. This is called presenteeism. How much does that cost?

How much will it cost the health care and social services systems to care for the increasing numbers of children with neurodevelopmental disorders, after they grow up but can’t work or live independently? The present system is already incapable of supporting challenged adults.

The numbers of chronic diseases in children and adults are rising and they are related to air pollution. Why aren’t all these costs, which the economists call externalities, considered by politicians, news editors and columnists, who claim responsibility for informing and protecting the public? It’s not like this is a new concept. The U.S. Environmental Protection Agency has already published documents showing that the financial benefits outweigh costs if we can reduce pollution.

Consider the recent news that President Obama announced a new standard to slash carbon emissions at existing power plants by 30 percent by 2030, compared with 2005 levels. Individual states will have several options to meet the new standard, including renewable energy investments and shifts to natural gas. It’s not just carbon dioxide that will be reduced by Obama’s plan; it’s also many other pollutant emissions.

Yet Senate Minority Leader Mitch McConnell, from Kentucky, called the proposal “a dagger in the heart of the American middle class.” But has he considered whether or not the children and grandchildren of the American middle class, now being born already contaminated with up to two hundred chemicals and changing gene function,  may not have the physical and mental capability to work? Creating jobs will not be the issue if everyone is too sick to work; the problem will be filling the job vacancies.

What does the media say?

What about the responsibility of the news media? According to their code of ethics, journalists should seek truth and report it, and editorial boards and columnists can endorse political causes. Why do some columnists belittle  the subsidization of alternative energy sources, such as wind, solar, biomass and other renewable generating facilities? When Ontario initiated the Green Energy Plan, the National Post criticized the cost, sarcastically stating that everybody was protected and subsidized, except consumers. It is irresponsible for the media to misrepresent fact or context.  Even if they only pay attention to dollars and cents, they still need to consider the future sick and dead people, and the costs associated with them.

A new war – against pollution

In recent years we have heard about the declaration of many wars – the war against guns, against drugs, against terror.  It is time to declare war against pollution.   The problem is that the damage that is being caused is hidden. It’s hidden inside disability claims, inside absenteeism in the work place and inefficiencies at work.  It’s hidden inside our bodies – inside our cells, where changes are taking place as a result of pollution exposures.

Another unique and challenging characteristic of this war can be summed up by a quote from the old Pogo comic strip, “We have met the enemy and he is us”.

The casualties of pollution

My father was a pharmacist and served as a casualty officer in the Second World War.  He stayed right behind the front battle lines and helped provide initial treatments for injured soldiers before they were shipped to hospitals.  In the war against pollution, it’s the primary care physicians who see the first assaults caused by exposures. Admissions to the emergency room, to the intensive care unit, and to the morgue are all higher on days when the air quality health index shows high levels of pollutants in the air. As an environmental physician, I see the casualties of pollution exposure every day: people with chronic fatigue syndrome, fibromyalgia, sick building syndrome and multiple chemical sensitivity. We are all witnessing the other casualties of pollution: the increasing numbers of people with cardiovascular diseases like high blood pressure, heart attacks, and strokes, diabetes, chronic lung and kidney diseases, asthma, allergies and autoimmune diseases, migraines, neurodevelopmental and neurodegenerative disorders, and cancer.

As a front line soldier, I appreciate and encourage any change that reduces emissions into our environment. This war is already too expensive.